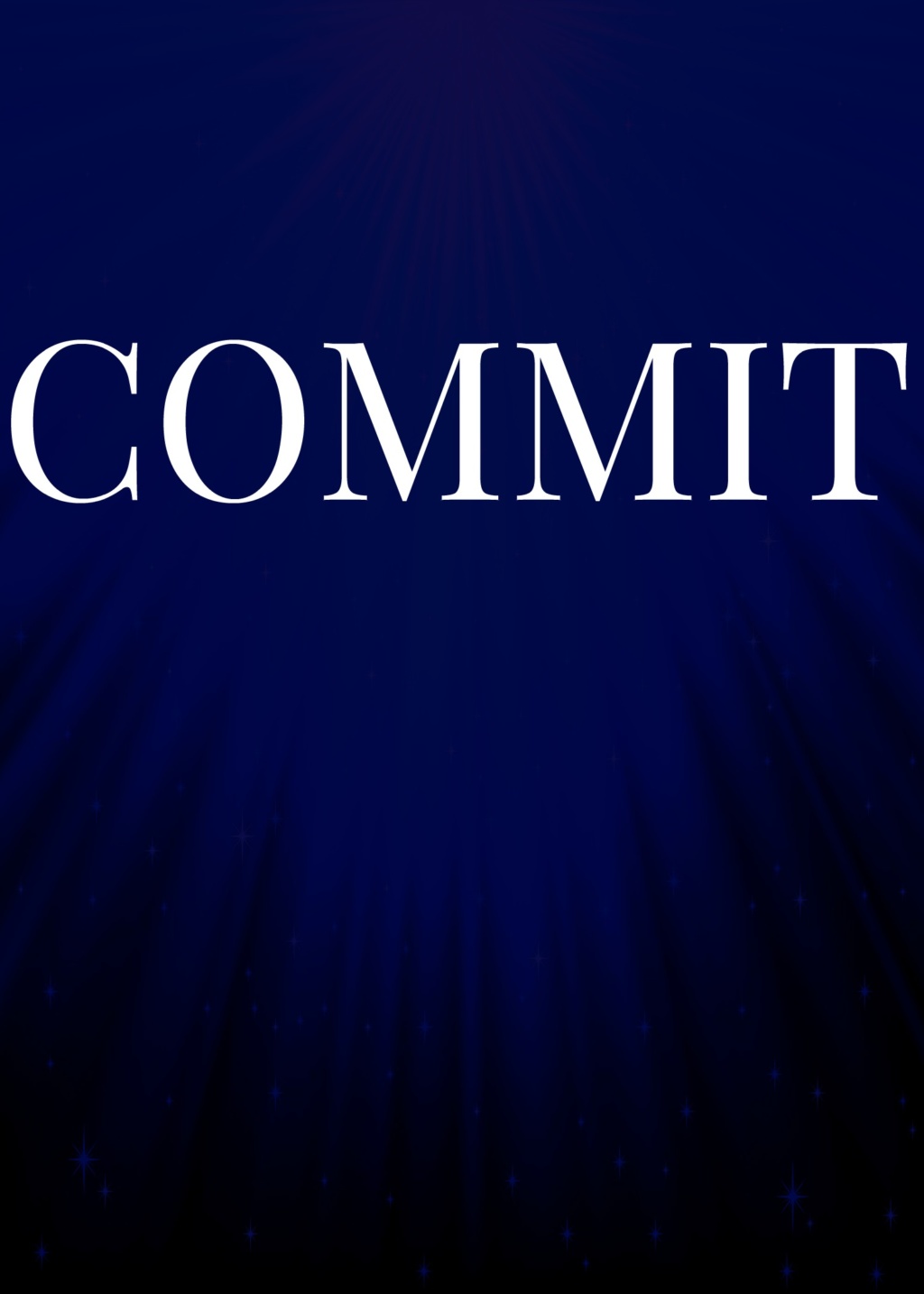 Happy New Year!   I can’t be the only one that equally loves putting up Christmas decorations as she does taking down Christmas decorations?  I love the season, starting with Thanksgiving and straight on through to Christmas and New Year’s, but I also enjoy the symbolic fresh start that comes with a new calendar.

That’s not to say that all of my Christmas decor is down and put away.  Neither, does it really mean that I actually *enjoy* putting it away, I just like it to *be* put away.  Clean slate.  Done and done with 2016 and welcome 2017.

My social media has been flooded with people posting their word of the year for 2017 and I thought it would be fun to play along.  I really like the idea of focusing the year on a word rather than one resolution.  I thought of a lot of words that would work.  “Less” is a good one.  “Thrive” is a great verb.  “Calm” is a great goal.  But, for me, the best word for this year is… (drum roll…)

Commit.  Why commit?  Well, the first definition of it goes something like: to carry out or perpetuate as in a crime or mistake.  I’m not referencing that, for the record.

I chose Commit because it is a verb.  I think your word of the year should be action oriented.  It is much easier to embody an action than, say an adjective or noun.  Like, I could have chosen, “Cat”, but I would probably be setting myself up for failure for the year.  Probably.  Commit is something I actually have to do, not become.  Tonight, for example, I was going to post a recipe I made this week which tasted good, but the pictures came out horrible.  I thought of my word of the year and that I wouldn’t be truly committing myself to making this blog the best it can be if I posted that recipe with those awful pictures.  So, you’re getting this instead.  Lucky you!

Commit is a word we hear a lot around sports, too.  Commit to your swing.  Commit to the play, don’t bail out.  When we don’t commit fully, bad things happen.  A hit becomes a dribbler down the first base side, a basketball player takes a shot outside of his range, a gymnast ends up on the ground instead of on her feet.  I remember my gymnastics coaches telling us to commit to the trick we were trying because if you bail half way, you will likely get hurt.  I see it on my daughters softball team and my sons basketball team.  When players don’t go 100%, it’s very easy for a fan to see it. I don’t want that to be my life.  I want to commit to the swing and if I go down swinging, so be it!

So, then, what am I committing to? I’m committing myself to this blog.  I want three posts a week and I want them to be three quality posts with good pictures, funny words and something useful for you, my faithful reader.  I’m committing myself to my part time job because, right now, it is helping with the bills around here and I actually do like it most of the time.  I like it 100% of the time when I am with my coworkers and, like 10% of the time that I am doing the actual job itself.  I’m committing to eating healthy and going to the gym.  I’m committing to making my kids lives better.   And whenever I start to stray from these goals, I will think of my word of the year, Commit, and I will put myself back on track.  Because I always have the best of intentions, I just seem to lack in follow through skills.

And, I’m not ignoring the passive form of commit, as in “I was committed to the mental ward”.  So, don’t worry, I will commit in appropriate doses and not over extend myself!