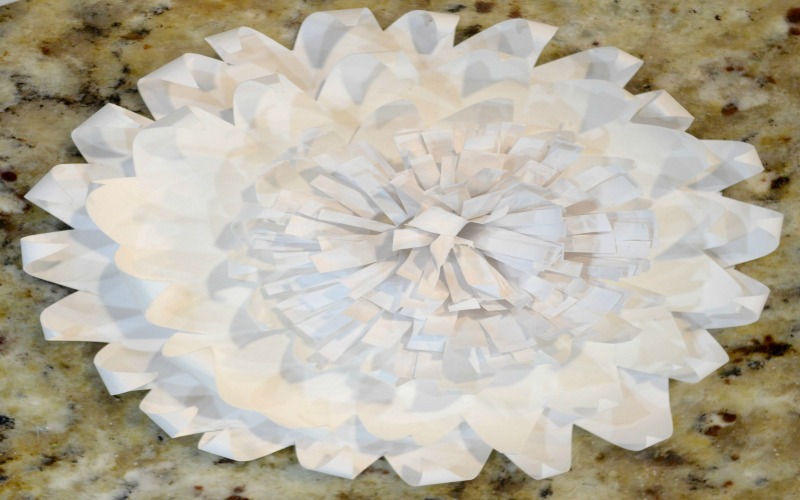 **This post contains affiliate links. If you click one and make a purchase, I may receive a commission at no cost to you.**  When I make something crafty, I want it to be aesthetically pleasing, useful in some way and also inexpensive.  As much as I love crafting, I’m not going to make something that costs more to make than to buy.  The graphic paper flowers from paper plates I made this week fit into all three of those categories.  They are pretty in a sort of stark, graphic way, they are useful because they are going to be bringing some much needed brightness to my dark living room (I’ll reveal that finished product later!) and they are super inexpensive to make.  I was inspired by this wreath by Alisa Burke and I’ve included a tutorial for each type of flower I made for you to follow.

These are even better in person, I promise, but they were super difficult to photograph.  The “petals” create shadows on the flower which adds some nice depth in real life, but the shadows are not so great for photos.  I love that they are monochrome, but with tons of texture.  I made three types of flowers, but they each use just two simple paper plate cutting techniques. 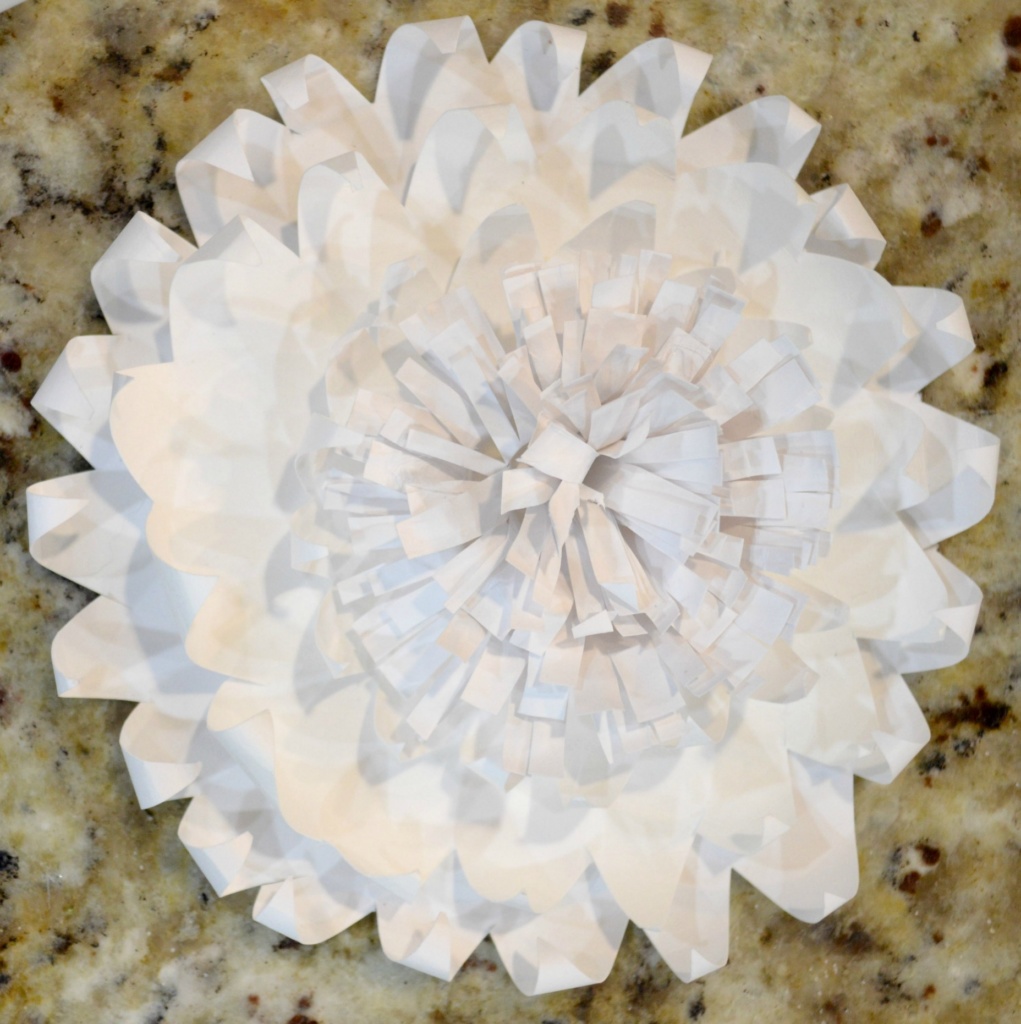 Flower #1 has 4 layers.  The first three layers are all the same, just the 2nd is smaller than the first and the third is smaller still. 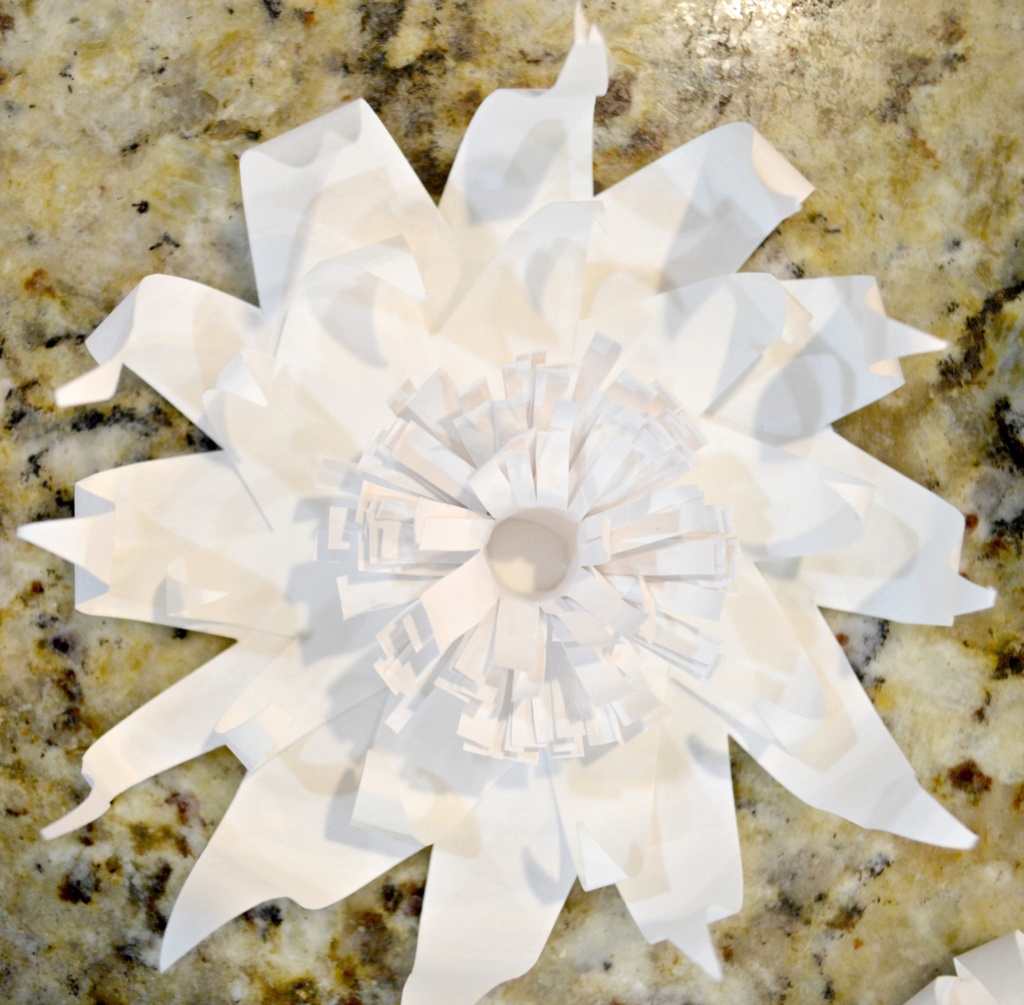 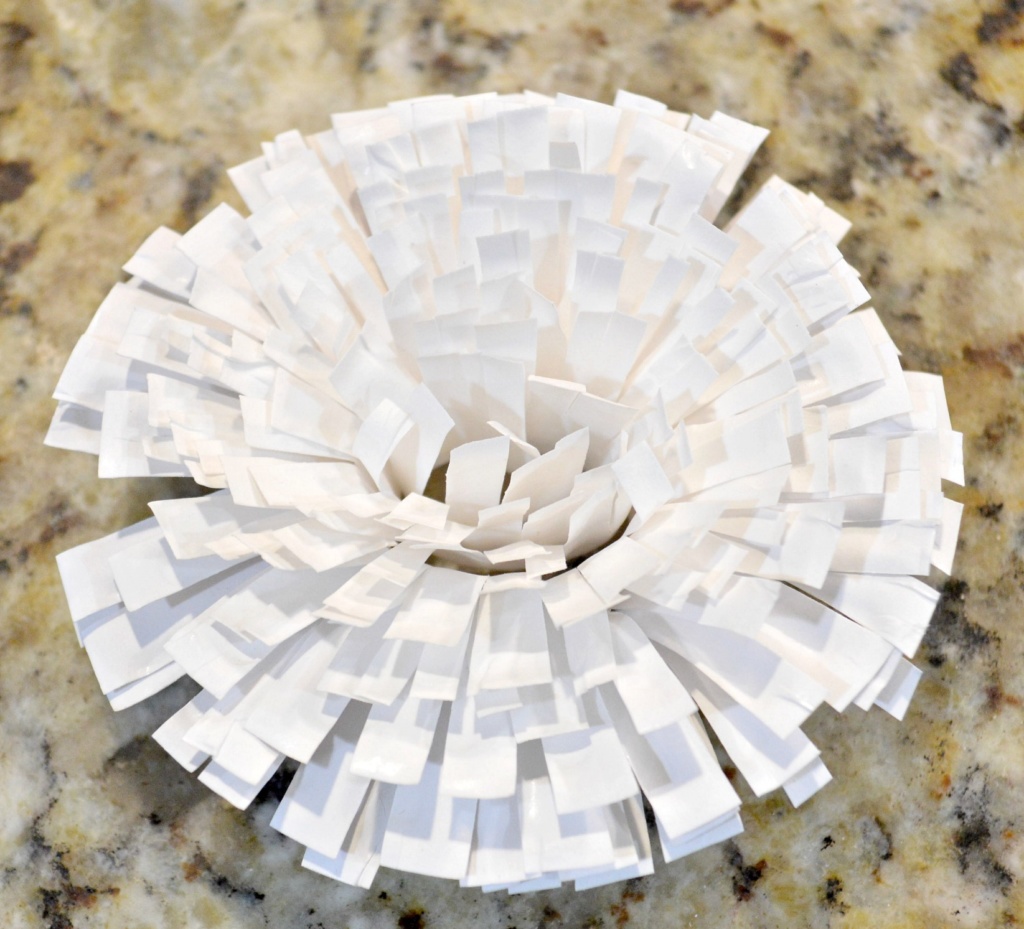 Now you have three types of pretty cool paper flowers.  You can make a Spring wreath from these and it will be very unique and eye catching.  Or, you can use them as more permanent decor, as I intend to, but first I must make about 40 more flowers.  I promise to share my finished project as soon as I’m done!

How are you going to use your flowers??