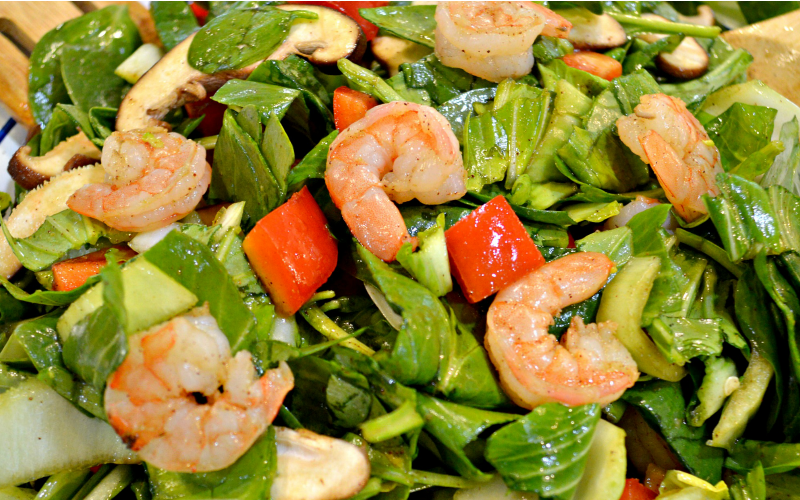 I found an old Betty Crocker Cookbook.  It’s the 40th Anniversary edition and I think it came out sometime in the 80’s because it’s got a lot of optional microwave cooking methods which I think is hilarious.  I’ve made a couple of recipes from it before, these Chicken Wings and these Honey Almond Apple Puffs, and then I put the cookbook away and sort of forgot about it.  Until this weekend when I was trying to find a unique, hearty salad that would work well as an entree in the summer.  Well, Betty didn’t disappoint.  I found this Retro Recipe Asian Inspired Salad with Shrimp and it is a perfect light meal.  It has meaty mushrooms, shrimp for protein and fresh veggies.  You eat this and you feel full, but not gross, know what I mean??

Pretty, isn’t it?  I love this salad because it has a secret ingredient that I never would have thought about eating raw in a salad, but it was totally delicious. 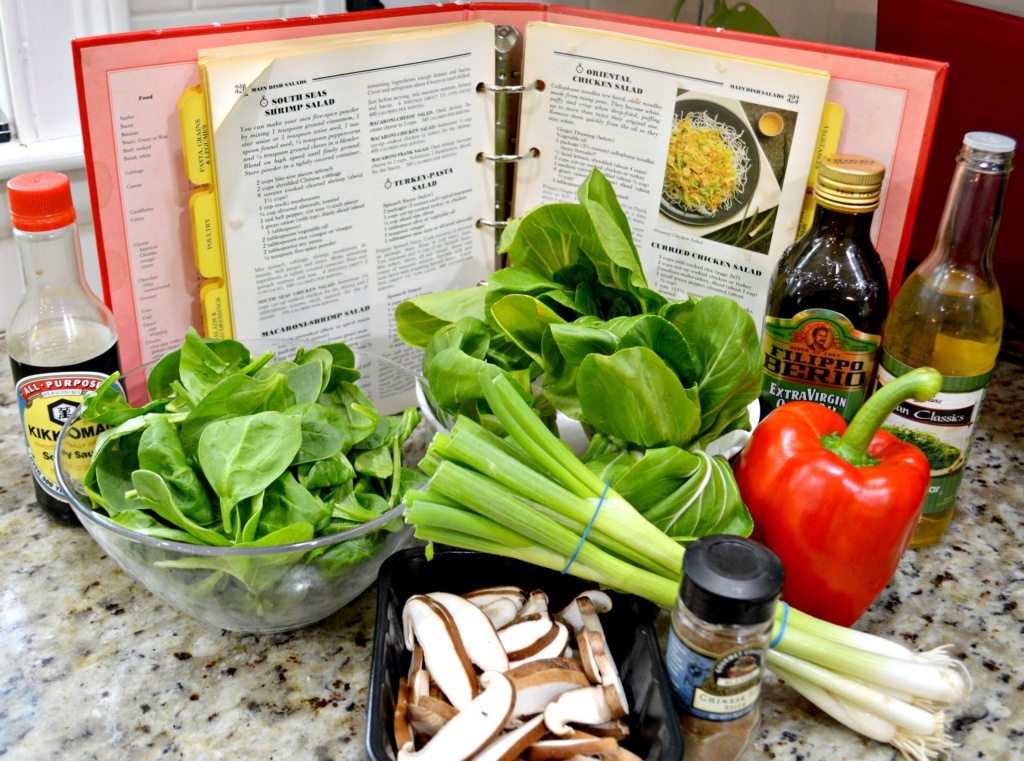 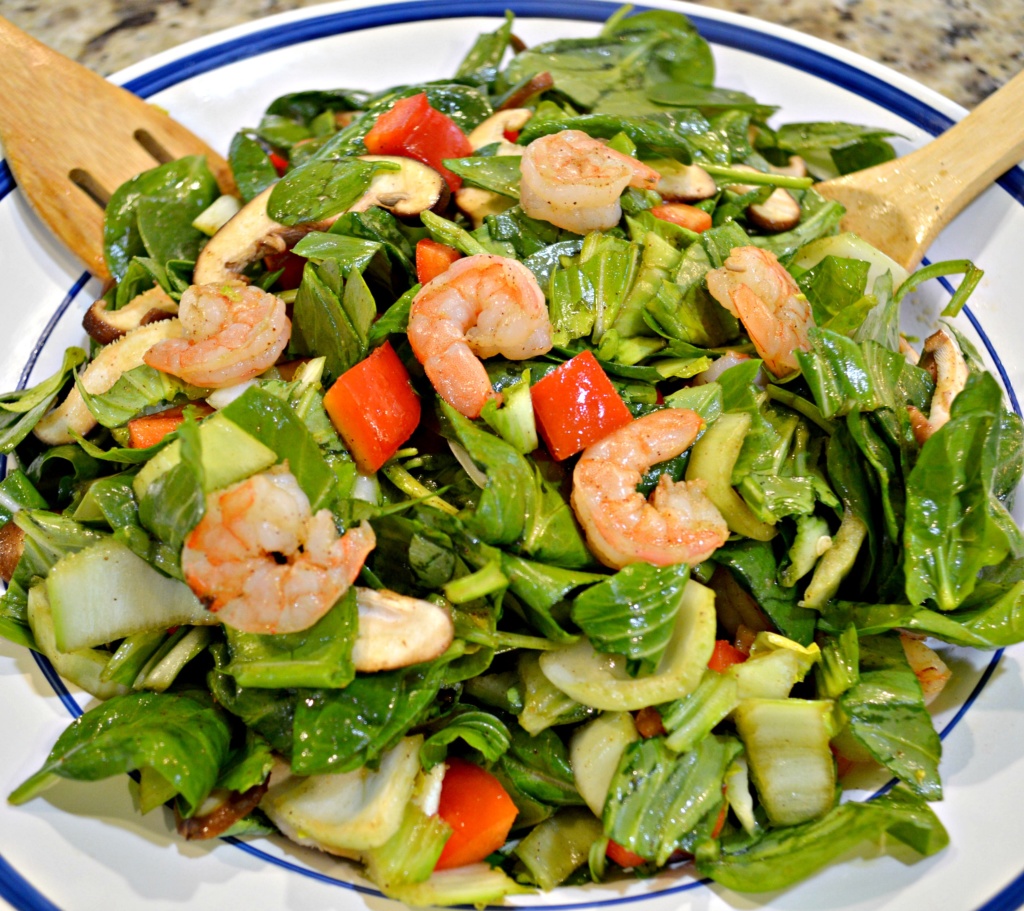 Ok, so I didn’t follow the recipe exactly, I have to confess.  The recipe actually called for Chinese cabbage which I couldn’t find in my grocery store, but google told me it was the same as Bok Choy.  I’m not sure if that’s definitely true, but Bok Choy is my secret ingredient in this.  I’ve only ever had it cooked and I’ve never really thought much of it.  But, raw, in this salad, it’s got a great flavor!  The dressing also didn’t call for salt, pepper or sugar, but I felt like it definitely needed it. 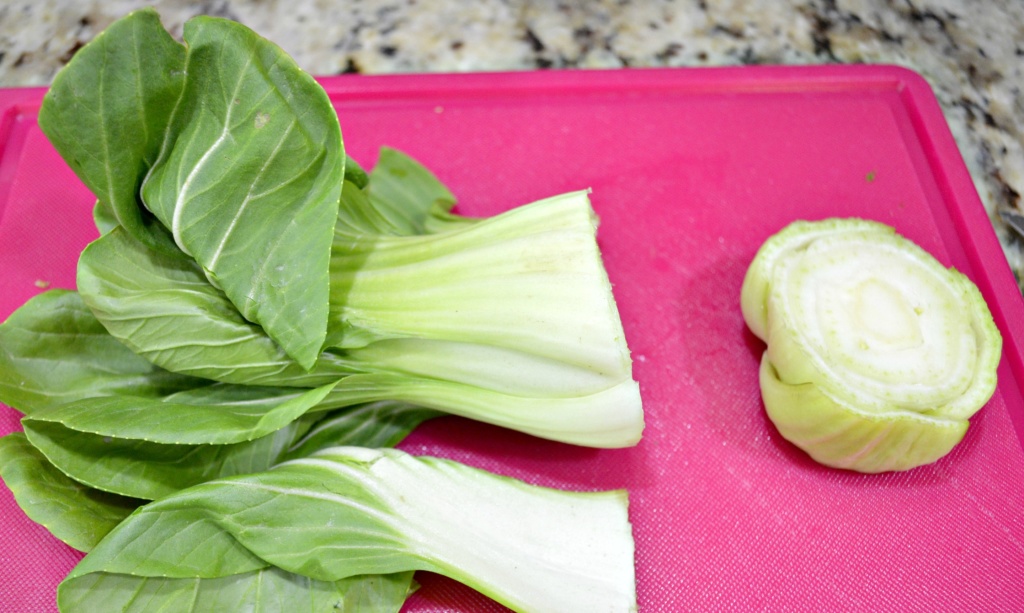 This is a salad for a true veggie lover.  A lot of salads are only about the dressing, in my opinion.  This one is about the fresh vegetables, all the way.  The dressing doesn’t cover up any flavors, it’s more of a back drop in this dish.  I’m normally all about the dressing and not so interested in the veggies, but this worked for me.  I found myself going back for seconds.  I like to think that the dressing is probably a reflection of the time the recipe was invented.  Food to me is just like fashion and flavors come into and out of style.  That’s what I love about this cookbook.  It’s like cooking from a time machine.

The only downfall to this one is that, at least in my house, this was an adult salad.  The kids were totally uninterested.  However, for a Memorial Day cook out or just a nice light adults only dinner, this is perfect.