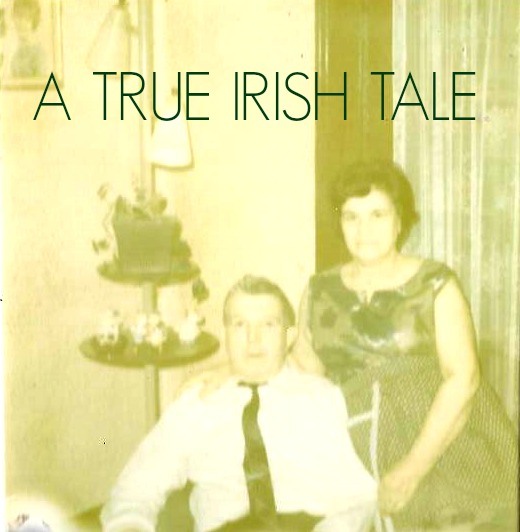 We are just a few short days away from the day that celebrates my people!  St. Patrick’s Day! And I’m making what seems to have become a traditional Irish Dinner, corned beef and cabbage.  But first…

I have a great Irish story.  Want to hear?

My grandmother was born more than a hundred years ago in Galway, Ireland. She lived on a farm and when she was sixteen, her older sister was supposed to leave the family to come to America.  Days before her sister was supposed to leave, she was pecked in the eye by one of the family chickens.  At that time, I’ve been told, you weren’t allowed into the United States if you had any type of obvious physical ailment. So, instead of my great aunt coming to America, my then 16 year old grandmother was given the ticket on the Cunard to sail across the Atlantic to America.  Can you imagine at 16 uprooting your entire life, leaving behind your family, to come to a new country, totally alone?  My grandmother didn’t even speak English. She spoke Gaelic.  I can’t fathom the courage and strength that it must have taken to make that journey.

Before coming to America, my grandmother first lived in Canada with nuns. It was actually the nuns who had paid for her passage on the Cunard.  The nuns taught her to speak English and my grandmother cleaned and cooked for the nuns until she had paid back her passage.

Her passage paid, my grandmother left Canada to live in Boston.  In Boston, she lived with a Jewish family as a Nanny.  She cared for their children and cooked their meals.  My grandmother loved that family.  They didn’t share the same faith, but they ate fish every Friday because my Catholic grandmother didn’t eat meat on Fridays.

Soon my grandmother met a good Irish man and got married.  My grandfather had also left Ireland at a young age and came to America.  He worked hard his whole life in the trades and eventually bought a nice house in South Boston and, later, the land next door when a fire destroyed the house next to them. My grandmother and grandfather and their eight children were one of the only families in Southie who had a large yard with chickens and tomato plants.

I remember growing up at my grandparent’s house as much as I remember growing up in my own house.  I remember my grandmothers cooking and my grandfathers neat, three piece suits that he wore to Mass.  And his cane that he would shake with a mischievous smile when my naughty brothers and cousins were up to no good.  I still remember the smell of the Boston air that smells both like the city and like the ocean.  And I remember the sirens that rang at all hours of the night when I would sleep over at Nana’s house.  The same sirens that my mother missed when she moved to the suburbs and could only hear crickets.

Oddly, I don’t really remember my grandmother making corned beef.  She would make a boiled dinner with ham and cabbage and it was delicious.  It seems like my grandmother’s  recipes can’t really be replicated.  I think it’s a mixture of missing her special touch and a different quality of ingredients.  Truthfully, it makes me a little sad when I eat something like boiled dinner or beef stew or Irish bread.  So, I have corned beef for you instead!

Step 1: Buy a corned beef.  Three pounds will feed 4-5 people.  You could cure the beef yourself if you really wanted to and I will direct you to my good friend Google if you would like instructions on how to do that.

Step 2:  Place your corned beef in a baking pan, fat side up.  If it came with spices, sprinkle those on top and also add some additional black pepper for good measure.

Step 3:  Bake the corned beef in the oven at 325 for a long time.  At about the 2.5 hour mark, insert a fork into the corned beef.  If it isn’t fall apart soft at that point, go another 30 minutes.  Continue checking with the fork every thirty minutes until the meat has completely surrendered to the low and slow cooking process.  It should have that “I was in the crock pot all day” consistency.  Except cooking it in the oven gives you a richer flavor.  I cooked mine for about 4 hours.

The cabbage part of the Corned Beef and Cabbage meal is possible my favorite part.  I have cooked it a bunch of different ways, but for this meal, I used this Balsamic Honey Roasted Cabbage recipe from Eat Well 101.  The balsamic on cabbage is perfection. So delicious.