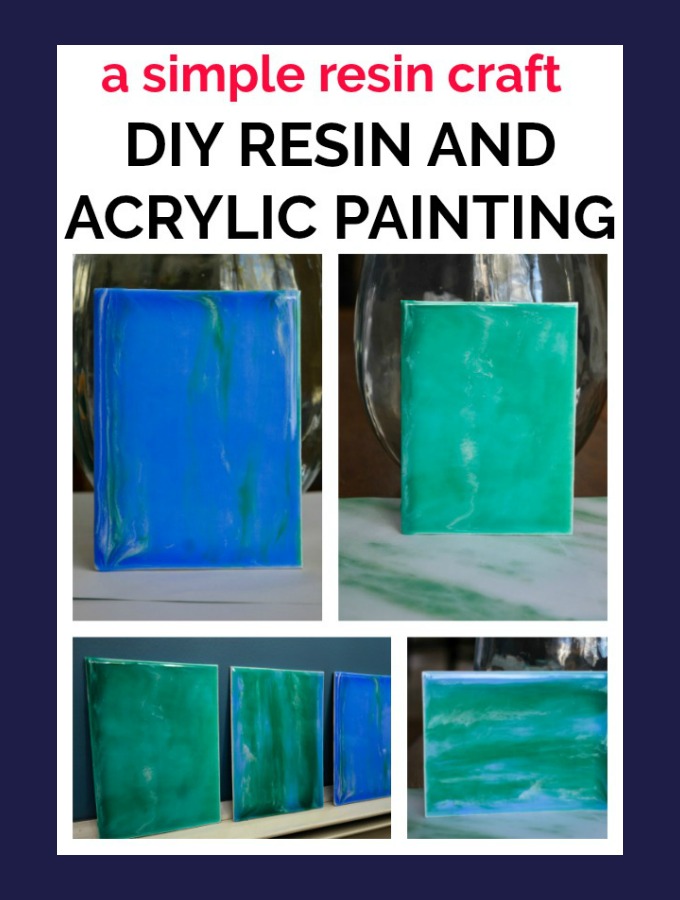 I declared this year the year of the Resin Craft. I kicked off the year by making resin necklaces.  What I haven’t told you is that all of these small resin posts are leading up to one big one.  You see, I have learned an important crafting lesson. Practice a little before you try the big project.  So this week I made some super cool Resin Pour Paintings that I’m going to share with you.  ***This post contains affiliate links. If you click one and make a purchase, I may receive a commission at no additional cost to you.*** 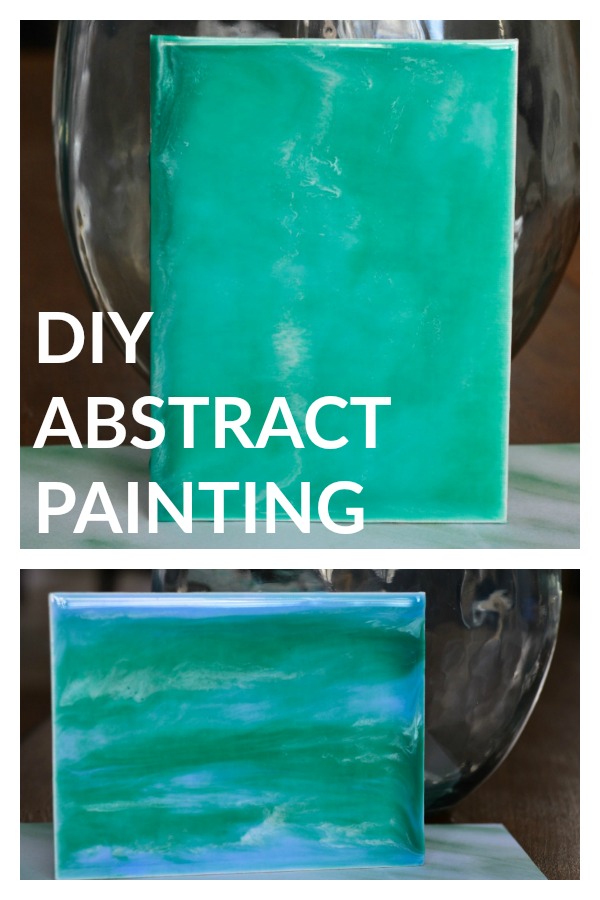 Guys, I’m officially obsessed with painting with resin. I was super nervous (again) about working with it.  I had success with the resin necklaces, but this time, with the painting, I was adding in some additional factors that made me unsure. I would be adding paint to the resin.  How would that go?  Would it be a disastrous mess?  I don’t know.  Most likely, right?  This project also called for a TORCH. Ummm, that’s not likely to end well, is it??  I didn’t end up using the torch, so if you’re terrified of fire like me, I will show you the work around I used.  Also, I’ll tell you the hilarious story of the butane torch fail.

Let me say first, that Resin is not the least expensive crafting material I have worked with. It requires lots of little bits and cups that I haven’t figured out how to salvage once the resin has dried, so I keep buying new ones. The little box of resin that I bought has gone a long way so far, though. I’ve made three necklaces and three paintings now and the bottles are still probably half full. 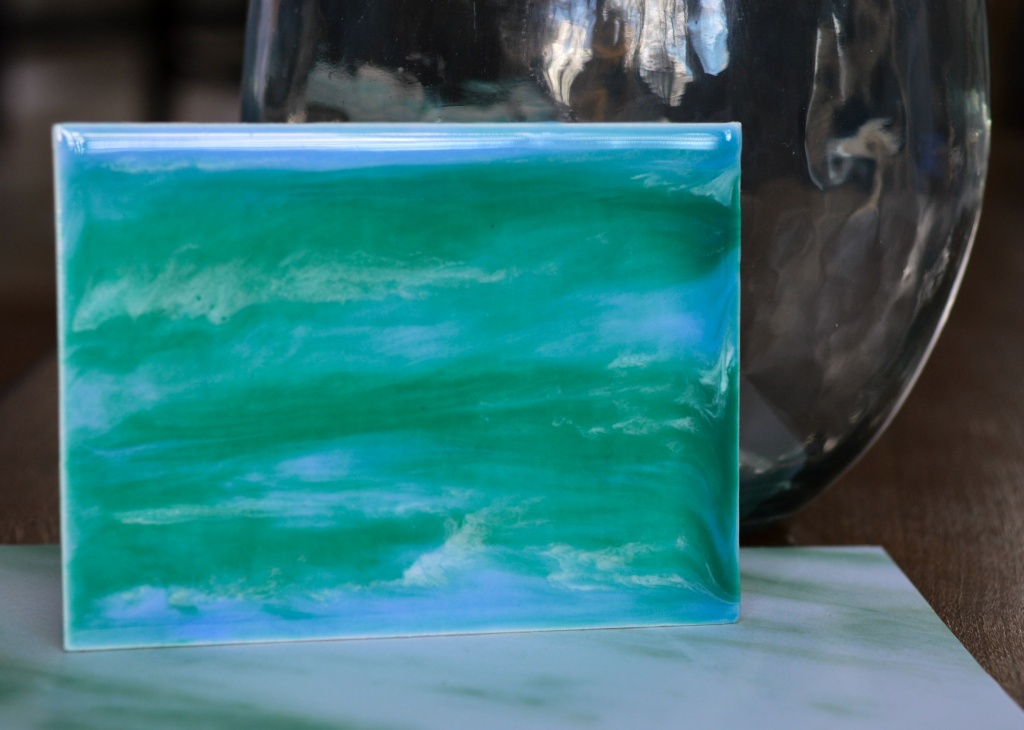 This particular project also called for stuff like paint, and canvasses and the aforementioned torch.  The torch is kind of a fun story.  So, I’m terrified of fire, as I should be and as we all should be.  So I bought this torch from Amazon.  It arrived and I realized, oh, it doesn’t have fuel in it. 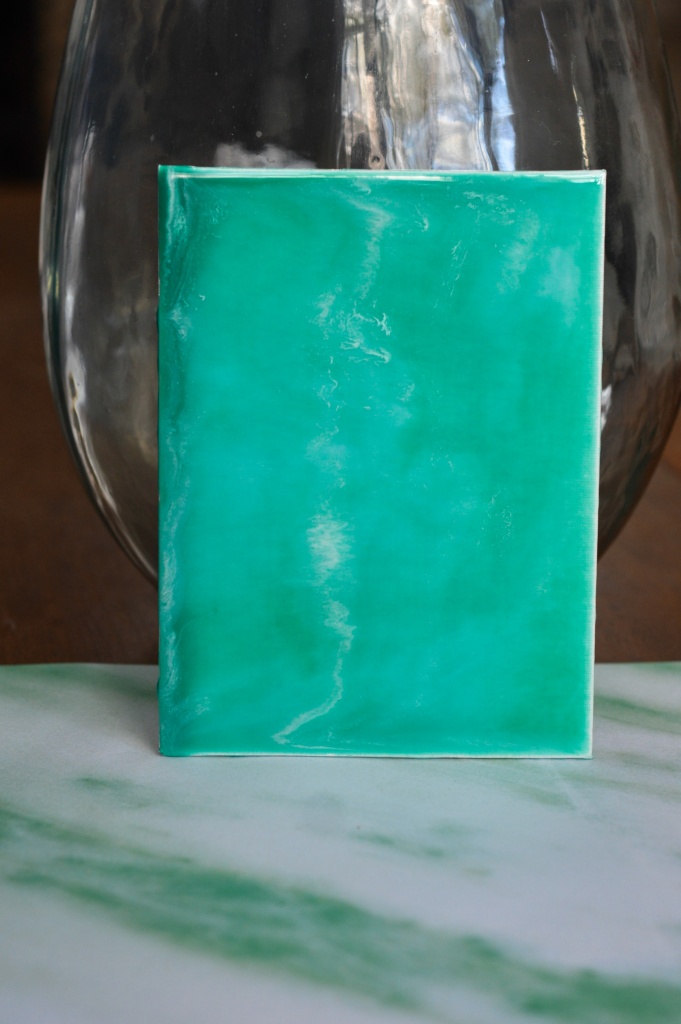 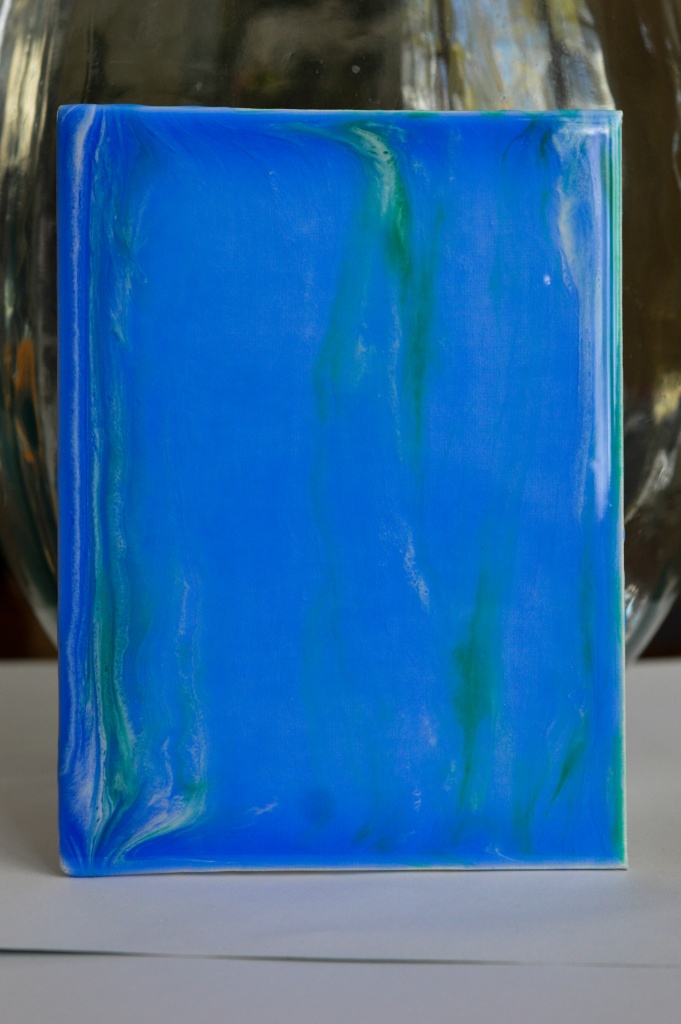 I got the fuel from Walmart.  Yesterday (blizzard day), I checked with my BBFF, Laura, from Little Yellow Wheel Barrow and she said it’s SO easy to do the fuel.  Cool.  I can do this.  Then I watched some youtube videos.  Some of them said go outside.  Umm, what?  Blizzard.  I watched more videos. People were doing this indoors.  But, just to be on the safe side, I took the flipping torch and the butane outside. I struggled with the cap on the butane for a minute and when it finally came off, I screamed, I was prepared for the whole canister to blow up in my face. 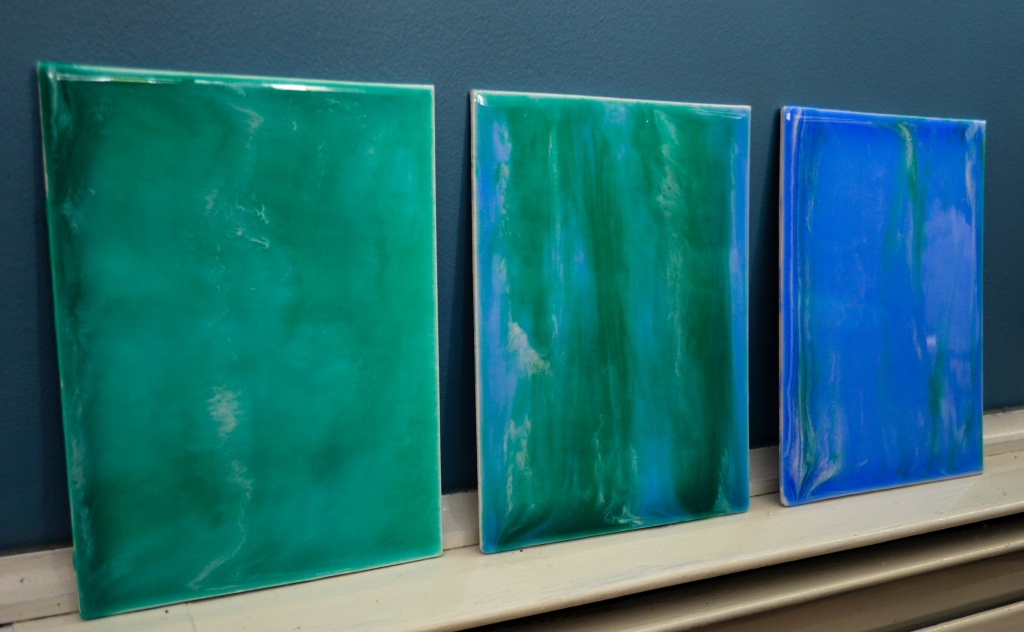 Luckily the blizzard stole my voice before anyone could panic.  I flipped the torch upside down and stuck the butane in it and pressed down.  (Practically exactly what the youtube videos said).  BUTANE SPILLED EVERYWHERE!  More screaming.  Also, threw the torch and the butane into the snow, cause really, what’s better for a possible explosion than snow?  At this point, I thought, you know, maybe there is an alternative to the butane torch.  (I was still OUTSIDE in the blizzard).

Good news, there is an alternative that worked for this particular project, which I’ll tell you all about. It was also kind of funny. And the butane thing, total user error.  The canister I bought didn’t fit with the torch I had.

Back to the Tutorial.

Materials for Painting with Resin 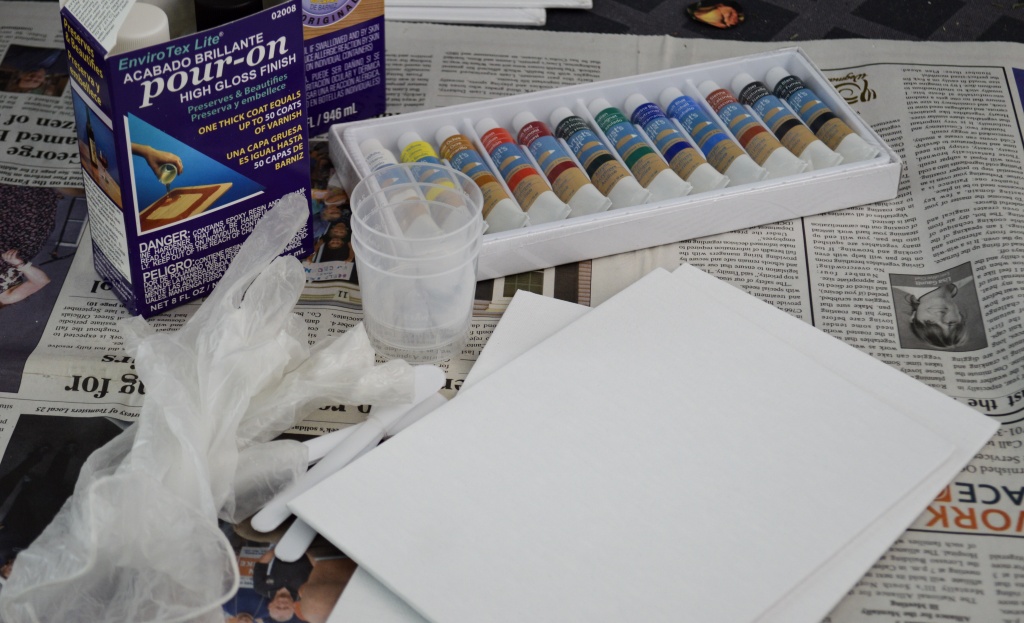 Plastic Measuring Cups & Stirrers (Several! Lots, even.  This is the annoying part of resin)

Straw (this is what I used in place of the butane torch. I know, weird)

***Before I get to the tutorial, forgive my lack of pictures.  I actually took a video of the process and I will try to upload it for you to youtube and link it.

Prepare your work surface. You’re going to want to do this on a surface that you are not in love with (I have an old table) and also cover that surface with layers of newspaper or a tarp.  This can definitely get messy. You are going to have a strong potential for wrecking stuff.  Don’t wreck your good stuff.

Put your gloves on.  Mix your resin.  For the small boards that I made, I mixed up to the 1 slot on two of the little cups.  You might need more or less depending on the size of your canvas boards.  My number one tip for mixing resin is read the instructions that come with your resin.  Here are the rest of my tips:

Now you’re going to add your paint to the resin.  I used three colors, blue, green and white, so I tried two things.  I added all three colors to one cup of resin.  That got me a pretty uniformly green painting with some white veining.  This is called a “dirty pour” and I’m pretty sure I messed it up because the results are usually colorful and stunning.  The second method I tried was to mix up some more resin and then split the resin between three cups (see how many cups we’re using here? never ending cups) and add each paint color to the individual cups.  I like the way this came out better, but I definitely plan to try the dirty pour again.

Get your canvas ready.  All this entails is propping it on top of something because the resin is going to drip off the sides. I used the top of a yankee candle to prop mine. This was not a smart idea because it was not particularly stable, but it did the job. Something like a can of tuna would work well.

Mix your paint into your resin, just a droplet, and stir well.  Pour one color onto your canvas. I poured in sort of a haphazard way.  Start in the middle-ish of the canvas.  You’re going to use the little mixing paddle to spread the paint/resin mixture out to the edges.  Repeat this with the second color. I saved the white mixture for just adding a little bit of veining, but this is art and you can do whatever you want.

Be art-y.  This was my favorite part.  I moved around the colors with the little mixing paddles.  I added more colors.  I added white in different spots.  This is the fun part.  Cover the entire canvas and try to get the edges, too.  I didn’t do this very well, but you should.

Ok, this is where the torch would have come in.  There will be some bubbles that you are going to want to get rid of and the straw will work for that.  Just lightly breathe through it and you’ll see them pop (it’s the carbon dioxide that pops them).  BUT!  The straw is also super fun for moving stuff around a little on the canvas.  You can sort of make ripples and other cool things just by blowing through the straw.

Now, my one word of caution, only use the straw for a small canvas and for short periods of time. I got 100% light headed from blowing through the straw too much!  The torch is a much better option here!

Watch for drips. The resin is going to drip over the edges. You can keep an eye on this and scrape them off as the drip. Or you can sand them down after they have dried.

Once you’re happy with the look of your painting, it’s time to let it dry.  You definitely want to grab a box or something to cover your precious painting. You don’t want a stray hair or dust to get in the resin. If you do catch a stray hair or dust before the resin has dried, you can use a toothpick to pull it out of the resin.  You’ll make a dent, but the resin is like magic and closes in on itself as if nothing ever happened.  Still, cover the painting to protect it.

And that’s it!  You  now have a gorgeous, super shiny painting. I’m thrilled with how these came out.  Next time I’m going to use more color.  This round was a test for the “big” project (I’ll give you a hint, coffee table!), so I stuck with the blues and greens that I’ll be using in that project, but I’m really curious to see what other colors would be like!

If you’re like for something slightly less intimidating than resin, I totally understand!  Try this Easy Watercolor Painting post or any of the ideas in this Easy Painting Ideas post. 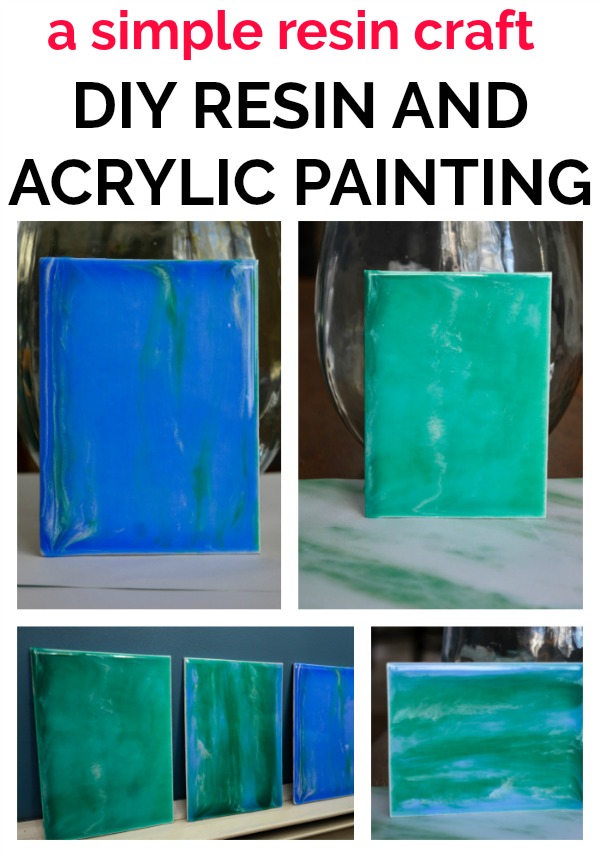 6 thoughts on “So Simple Craft – Easy Painting with Resin”