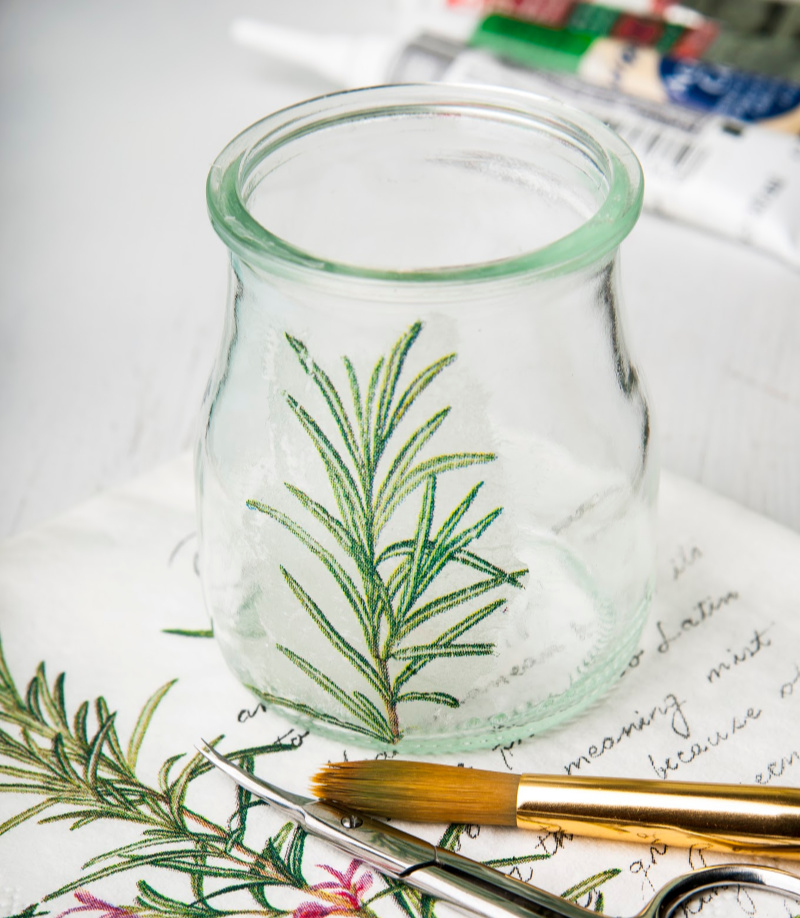 Mod Podge is kind of my arch nemesis of crafting.  I haven’t really ever made anything with mod podge that worked out, except this post on how to remove mod podge which has been a hit for years.

In that post I was removing the mod podge because I had messed up a project using, you guessed it, Mod Podge.

I think it’s high time I changed that.  I’ve researched a bunch of Mod Podge crafts and I want to give one (or 2! or 3!)  of them a try.  What could possibly go wrong, right?  It’s been years since that big old fail and I did successfully remove the mod podge.

I think I’m ready for another go at this.  Here are a bunch of Mod Podge crafts that have made the short list for what I want to try to make next.

14 Mod Podge Crafts That SHOULD Be Easy

Because I am a plant murder, I end up with a lot of unused plant pots.  It’s kind of sad to look under the sink and see all the shells of former plants that I heartlessly murdered.

But, I’ve started to fall in love Ikea fake plants, so I’ve been thinking maybe I can pull those old pots out and put them to use.

These lace and Mod Podge planters from Urban Comfort look like they would be easy and the finished product is quite elegant, isn’t it?

It just so happens that I have a bunch of these cork trivets from Ikea in my office as we speak.  I have them because I bought them for a different project that was a fail.  No mod podge this time.  This was a wood burning project.  It’s a long story.

I have one of those ugly standard issue black mouse pads and I think it would be fun to liven up the office with something a little funky.

One of the great things about being a prolific crafter who has an office is that you have a spot to display all your stuff!  These mouse pads from Mod Pod Rocks will be great to add to my crafty collection.

Mm, I love these pretty mugs from I Spy DIY.  I love happy bright colors and I also love that there are plenty of plain old $1 mugs at the Dollar Store that are just waiting to be transformed into something awesome.

So this one is probably DEFINITELY on the list of things to try.

I’ve already had great success with a marbled nail polish mug makeover (ok, one success and one fail).

A serving tray was one of my previous mod podge fails and so I had to include this beautiful serving tray project  in this list.

Because I fully intend to try this again.  I still have the old tray, too.

This time I will actually read a tutorial on how exactly to best do this.  So I stand a chance of not ending up with another fail.

I love these vintage inspired clipboards from Fave Crafts. They are very pretty and you could totally change them up depending on what kind of paper you use to cover them.

My only hesitation with these is, what exactly do you use a clipboard for?  I can’t think of a time I’ve needed one other than years ago when I would work job fairs as a recruiter.

If you have an idea for the perfect clipboard use, let me know!

These lace doily bowls are way too cute!  I want to make a million of them and put all kinds of tiny junk in them.

That would be a bad idea, though. You shouldn’t need a million of these and you shouldn’t have enough tiny junk around to fill them up.

Just like, 3 of these to put your earrings in should be more than enough, ok?

These pretty ornaments are on my list.  I’m in to the black and white buffalo look for Christmas and that’s my plan in my head for re-making these ornaments.

I don’t know how realistic it is since the buffalo check is kind of geometrical and I don’t know what that will look like wrapped around a sphere.

But I intend to find out.  I’ll update you when these guys are done, ok?  Deal.

You don’t know this because I’ve never posted about them, but I’ve tried a few paint pours.  They are a LOT of work and extremely messy and that’s why I haven’t posted them.

I probably never will, UNLESS I try this method and it is easier and I can figure out how to make them look this awesome.

This paint pour project has reinspired me to try paint pouring.

Anyone else thinking this is perfect for the holidays when you don’t want to spend a ton of money on dishes?  I am totally thinking that.

This is something I definitely want to try.  I also want to test out how the dishwasher proof mod podge does.  So we shall see how well this goes.

The key to making tile coasters look really good is to pick the right paper to cover them with.

It’s gotta be the right scale of pattern so that it looks normal on the coaster.

This blue and white pattern from It All Started with Paint is perfect for this project.

You have a million pictures on your phone, don’t you?  You don’t know what to do with them, do you?

Well, this is what you do with them.  You make a blue and white pattern from It All Started with Paint

This is easy and inexpensive and seriously heart warming.  You gotta try this one.

Did you know this is a thing?  You can mod podge your shoes.

I have to say, it’s kind of brilliant.  You’ll want to seal them with something, of course, but if you have a beat up pair of pumps, wouldn’t this be so fun to try?

If you’ve got some floral fabric or napkins hanging around, start thinking about all of the creative places you can mod podge that on to.

Cut out bits of the pattern and slap it on a mason jar, a simple glass bottle or even easter eggs.

I really love that rosemary one.

This mod podge idea is really a great example of trash to treasure.

If you’ve got smelly old beer bottles to recycle, why not try upcycling them instead?

Slap some newsprint or sheet music on them and they are kind of a lovely little vase, aren’t they?  Just wash them out really well.  I hate the smell of beer.

Now to decide which one to actually make.  I actually have one in mind that I haven’t even put on this list, so that might be a little surprise for you.

But I do really like those Blue & White Ornaments and the Photo Board tutorial looks pretty neat, too.

The decoupaged plates could also be done in a fun way for Christmas and that is right around the corner, so maybe that’s the way to go.

Oh and I’m DEFINITELY doing the mousepad.  I already have all the materials for that.

What’s your favorite?  What should be on the list that isn’t? 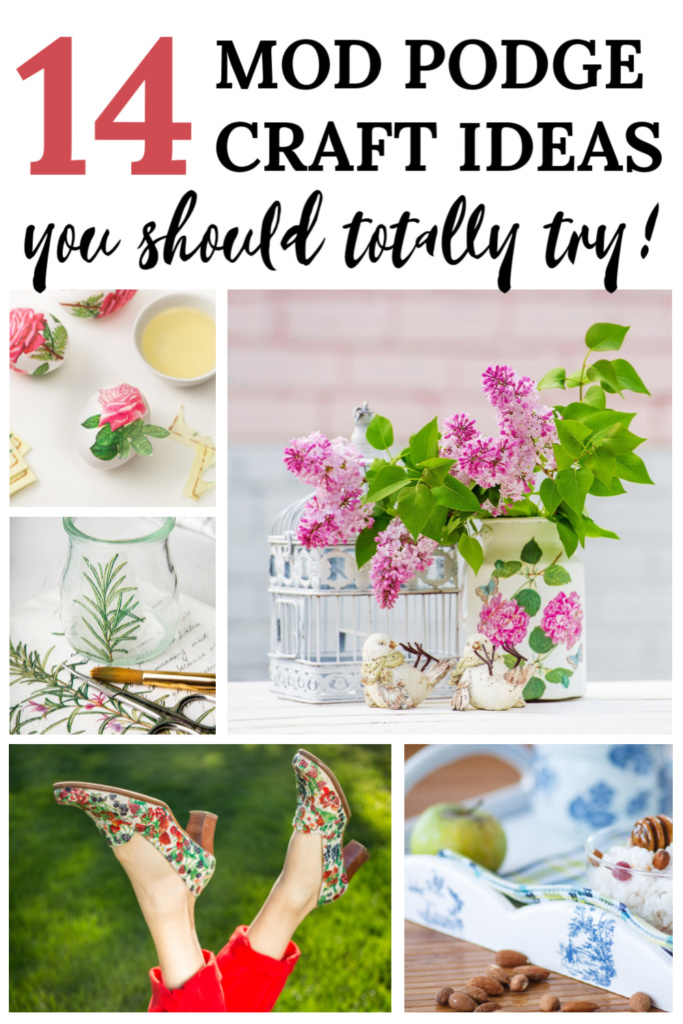