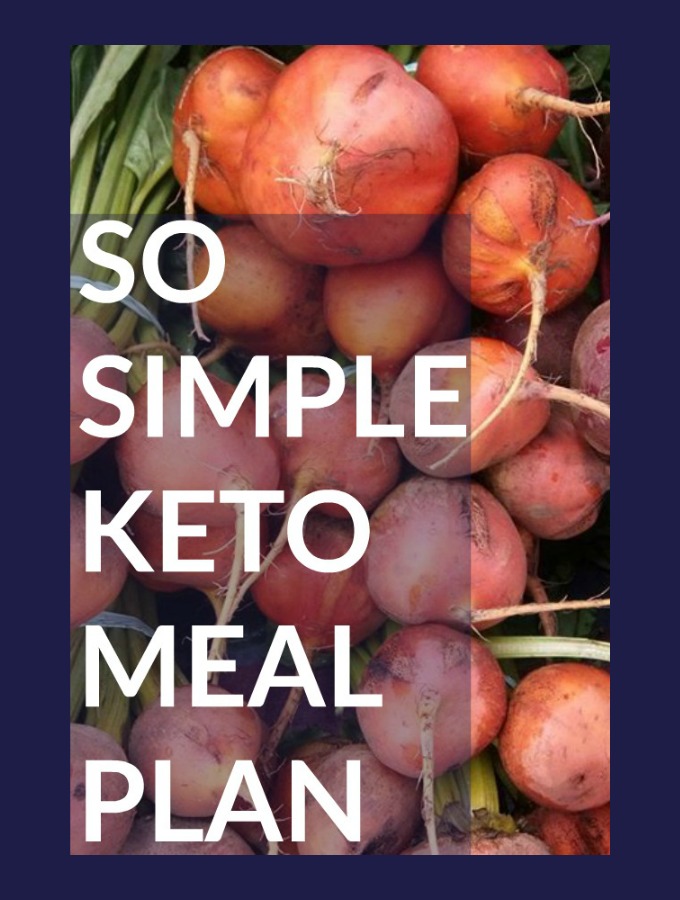 So this conversation happened at the Lifestyle for Real Life household the other day:  “Umm, honey, do you think you could start making dinners again?”  I won’t tell you where the rest of that conversation went because I don’t put swears on the blog, but, I do indeed love them in real life.  There was also a fun part of the conversation that was about “The cobbler’s children never have shoes” and so apparently the lifestyle bloggers children should have real dinners cooked every night and not pizza three times a week.

The happy ending was, yes, I will start making dinners again.  FOR MY CHILDREN who deserve them!  And, fine for my husband and I, too, because I actually like cooking and he’s pretty alright, too, when he’s not whining about dinners. 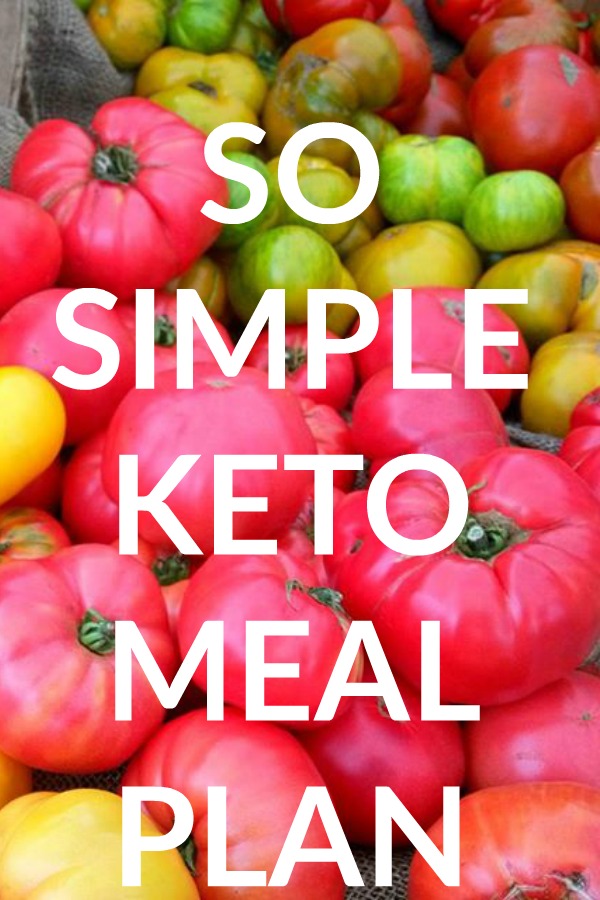 Cooking dinner is actually easy, when you think about it. I mean, I’m not making gourmet meals here.  I’m aiming for healthy, keto friendly meals that all four of us will eat without complaining, ok?  What is hard about making dinner is figuring out what to make for dinner and then buying all of the stuff you need for those dinners and then also cutting things.  I hate chopping.

SIDE NOTE:  (Some super kind person shared with me a great hack for shredding chicken with a mixer, so I’m putting out a request for your hacks for how to chop the annoying vegetables.  Please make it easy and not something where I might lose fingertips).

And I know just as well as you do that the simple answer to what to make for dinner and how to be prepared to do it nightly is to create a meal plan.  I know, totally boring.  But boring gets children fed, apparently, so I’ve put together some of my favorite Ketogenic Diet friendly meals for this plan AND a shopping list so that I am armed mightily when I go to the grocery store.  Or I could just give the list to my husband and make him go.  We shall see.

Oh, before we get to the Keto Meal Plan, how about an update on how I’m doing?  I’m not happy to report that I’ve sort of plateaued.  I think I’ve lost 1 pound since I last updated and that’s going on three weeks ago.  So I’m down to 130.  130 is not my end game.  If you need a refresher, I’m a pretty small statured human, I’m 5’2 and small in general.  Except for, you know, the layer of fat that is atop everything.  If I lost another 10 pounds, I would still be about 12 pounds heavier than when I got married.

So many people say, “Don’t even think about being the weight you were when you were married.  You’re old now!”  (I’m 42).  I have to be honest, I don’t really buy that.  I would love to be the weight I was when I got married (108 for the math-troubled like me).  I was perfectly fit and healthy, so why does being 42 mean I can’t be that again?  Is there some law that says when you’re older you have to be heavier?  Is it gravity?  I don’t think so.  I mean, I don’t know if I’ll ever get there, but I’m going to aim for it at least.

And!  If you’ve been following along, you know that I was supposed to start exercising and tell you all about it.  I did start exercising.  But I want to give it at least another couple of weeks before I report to you on it. Because if I reported to you on it right now I would say, I exercised about every other day for a week and half and have nothing to show for it and I think that would be a bad thing to tell you.  So give me a couple more weeks on that, ok?

I’m not a big breakfast person.  I’m giving up my morning protein shake so that I start the day off with some fat and less protein.  I need whatever I eat for breakfast to be extraordinarily simple and to also either be caffeine, or go well with caffeine. 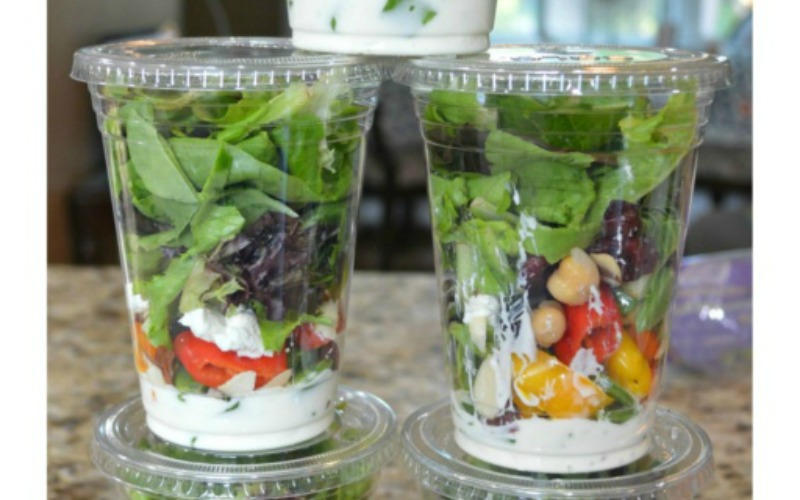 Salad in a Cup  (leave out the chick peas!)

Dinner is the most difficult meal of the day.  I try to make something that will please all four family members.  That’s hard enough for any family, but now that I am eating so differently than I used to, it becomes even more difficult.  These choices, should work well, though.  Wish me luck.  No one said a Ketogenic Diet Meal Plan would be easy.  Oh, I did, didn’t?

If those recipes don’t suit your fancy, there are TONS more on Keto Bootstrap, the membership site I joined to help me through this Keto Journey.  There’s something for everyone there.  I haven’t even begun to get the through all of the options that are available.

I made a shopping list that I’m pretty sure encompasses everything that you need for these recipes.  I had a bunch of things already in my pantry, so if you’re interested in following along with this meal plan, then feel free to print a copy for yourself!  Here’s a link to it:  Simple Keto Meal Plan Grocery List.

Alrighty, hopefully I will be back in a couple of weeks with a great update that I’ve lost 5 more pounds.  Fingers and toes officially crossed!

PS!  If you want to read more about my Keto Journey, follow along with these posts:

Keto Snacks I Can’t Live Without

I Cheated on Keto

If You Like It Then You Shoulda Put a Pin In It! 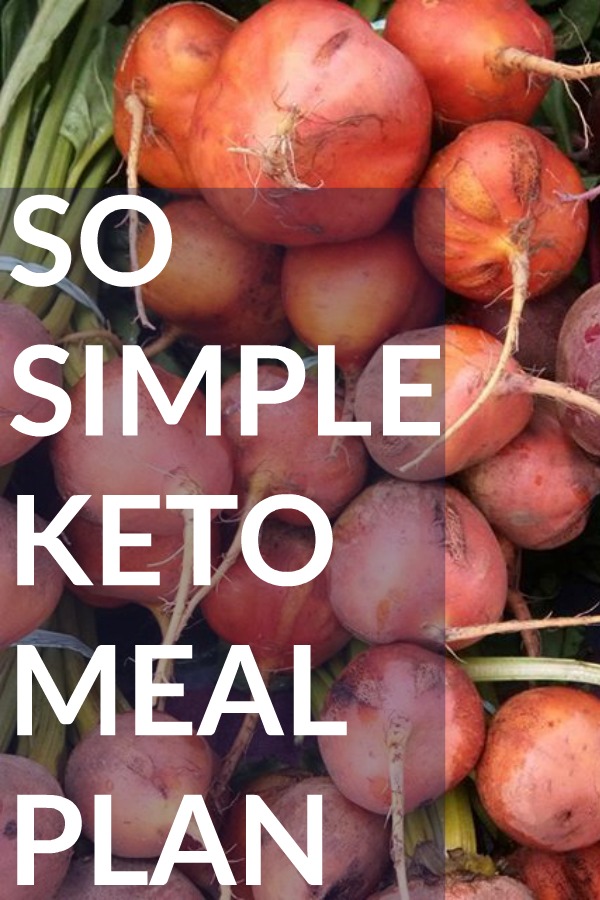